Civic Society volunteers provide guided tours of the house during opening hours (see below), and at other times by arrangement. A visit will provide an excellent starting point for the study of our local history.

A tour of the house gives a fascinating insight into the history of Weymouth in the early seventeenth century during its heyday as a port for trade and exploration.

The guides describe the domestic daily life of the times, including furniture and clothing, cooking and serving of food, lighting and candle making.

One of the Nation’s best preserved Tudor buildings. 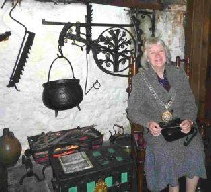 The Tudor House was built at the beginning of the 17th Century, at the end of the reign of Elizabeth l, in the traditional double gable style of the period. It stood facing a body of water known as “the Ope” a Dorset word for a cove or inlet.

Due to silting this was filled in about 1760, and some years later houses were built on the recovered land. The Tudor house survived flood, plague and wars but was almost demolished in 1939 when it was declared unfit for habitation by the Borough Medical Officer. It was saved by the outbreak of WW2!

Although it may have originally been one dwelling, it survived as a pair. Fortunately, local architect Wamsley Lewis saved the property by purchasing after the war it and restoring it to a single dwelling with the aid of local craftsmen. He left it in his will to the Weymouth Civic Society, which he had himself established in 1944.

It is now furnished as a 17th Century Merchant’s house. Owned and operated by Weymouth Civic Society, it is maintained and manned by volunteers, who welcome visitors throughout the Summer Season, also on Sundays in the Winter months and by special arrangement at other times.

Group visits can be arranged throughout the year. School parties are especially welcome, when the tour can be adapted to topics in Key Stage 2 of the National curriculum for the study of Tudor and Stuart times.

1st Sunday of each Month (except January). Sunday opening times as above.

Please note -Disabled access is limited to the ground floor only; the only access to the upper floors is via a narrow period staircase. 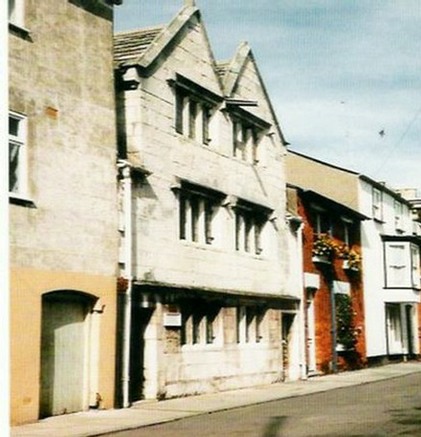 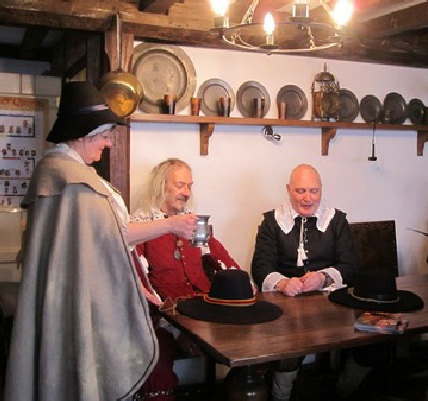 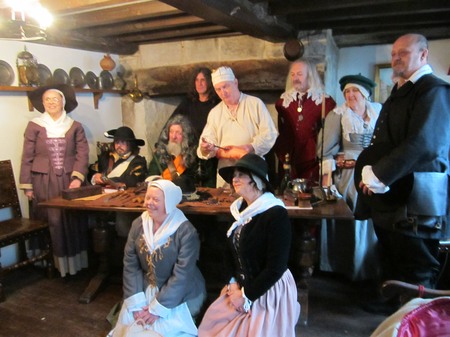 The house was closed for the Winter months 2018-19 whilst building work was carried out to strengthen the structure. This is now complete, and does not affect the appearance or ambience which visitors have always enjoyed. 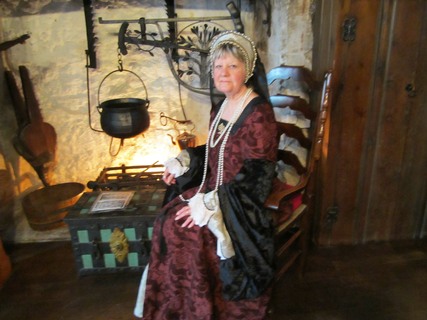 Above - Dorothy Hyman “in uniform” .
Dorothy is Coordinator at Tudor House,  and is Tudor House representative on the WCS Board. The pictures on the right show the House on the day of the Crabchurch Conspiracy.